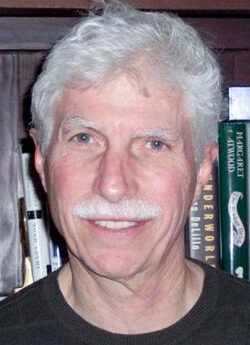 James Gramling received his law degree from the University of Wisconsin in 1971, and immediately began his legal career as a public interest lawyer.  He first joined the Legal Aid Society in Kansas City Missouri and then, in 1977, Milwaukee Legal Services (which became Legal Action of Wisconsin, Inc. in 1978).  Jim focused on Landlord-Tenant work at both organizations, and one of his notable accomplishment at Legal Action was his work on Shands v. Castrovinci, 115 Wis. 2d 352 (1983).  In that case, the Wisconsin Supreme Court upheld the right of tenants represented by legal services organizations to collect attorneys’ fees for suits to recover security deposits that were wrongfully withheld.

During his career as a legal services lawyer, Jim also worked as a volunteer to ensure quality, affordable housing for low-income people and people of moderate means. His volunteer activities included extensive work during the 1970’s and 1980’s with the Sherman Park Community Association and Sherman Park Redevelopment Corporation, including serving on their boards.  His activities with those organizations included helping to monitor the upkeep of rental properties owned by absentee landlords, and redevelopment of central city properties for sale to owner-occupants.  Jim also worked as a volunteer tester through the Fair Housing Council to help monitor landlords’ compliance with laws against housing discrimination.

Jim was elected to the City of Milwaukee Municipal Court in 1986, and retired from that position in 2007.  Jim’s concern with protecting the rights of low-income people continued in his judicial role, and he was always cognizant of the need to ensure fair access to the courts by all people, including low-income and pro se defendants.  Early in his judicial career Jim began appointing guardians ad litem in Municipal Court for incompetent defendants, a practice which was challenged but ultimately upheld by the circuit court.

Jim also worked with municipal court staff to develop procedures to improve court access, including work on an effort later in his career to encourage and help drivers with suspended driver’s licenses due to unpaid fines to reinstate their licenses.  This effort included numerous advice projects at community based organizations, such as the Urban League, and support for a city and court sponsored effort to get drivers licensed by forgiving a portion of their fines upon proof of licensure.

Finally, Jim spearheaded a major statutory revision to Wisconsin’s driver’s license statute in 1997.  The revision represented a major improvement in rules affecting low-income drivers, and formed the foundation for the reform efforts that continue to this day.