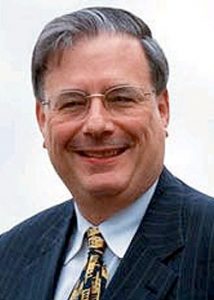 No biography can begin to capture the enduring effect that Dean Eisenberg had on his family, students, fellow faculty, colleagues, and clients.

Howard B. Eisenberg was born in Chicago, Illinois to Dr. Herman and Margie Eisenberg on December 9, 1946. A graduate of the Chicago public schools, he received a Bachelor of Arts degree from Northwestern University, with highest distinction, in Russian Area Studies, and J.D. from the University of Wisconsin Law School, again with honors, in 1971. He clerked for Justice Horace Wilkie of the Wisconsin Supreme Court for one year and then served as the State Public Defender of Wisconsin from 1972 to 1978.

In 1978, he moved to Washington, D.C., where he served as Executive Director of the National Legal Aid and Defender Association until 1983. He then served as a faculty member and director of clinical programs at Southern Arkansas at Little Rock from 1991 to 1995.

In 1995, he returned to Wisconsin to serve as Dean and Professor of Law at Marquette University, where he remained until his death on June 4, 2002.