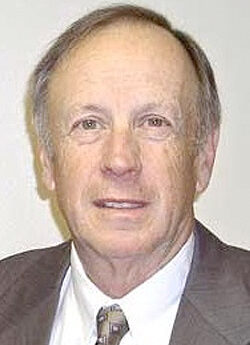 Judge C. A. Richards has been an ardent supporter of legal services for the poor since 1966, when as a young lawyer he was a member of the State Bar Legal Aid Committee. While on the committee he attended the Wisconsin Judicare, Inc. organizational meetings at the time the first Judicare grant was initiated by the Bar and approved by the federal Office of Economic Opportunity. Since then devotion to assistance for the poor and the Judicare system has been a constant in his legal career.

A longtime active member of the Wisconsin Judicare Board of Directors, appointed by the St. Croix Valley and Chippewa Bar Associations since 1969, he became Board Chair, serving in that capacity from 2003 to the present. As Board Chair, Secretary- Treasurer and committee member his wise guidance has sustained the Judicare program through eras of decreased funding and attacks on legal service programs.

Throughout his extensive legal career, first as a private attorney, then Circuit Court Judge in St. Croix County from 1989-2003, and active Reserve Judge in many counties in Northern Wisconsin from 2003 to the present, he has remained aware and responsive to the issues affecting low income people.

His special interests have been assistance to pro se litigants and assurance that low income domestic violence victims obtain their rights and equal access to justice. Notably, he became one of the founding members of the 10th Judicial District Self Help Committee, which led the state in providing assistance to pro se family law litigants by creating the first uniform divorce forms available online for a State Judicial District.

He has unsparingly given his time to volunteer activities in his home town of Hudson, concentrating on youth in the community by organizing and incorporating youth sports programs, including Hudson Girls Golf, Hudson Junior Basketball, Hudson Soccer Association and the Senior Graduation Party. He has been a board member of the Hudson Hospital, the St. Croix Valley YMCA and the Northwest Wisconsin Board of the American Heart Association. He has been distinguished by such organizations as the Association of Defense Trial Attorneys, the Defense Research Institute, and the American Trial Lawyers Association.  He was honored by membership as a Fellow of the Fellows of the State Bar Foundation.