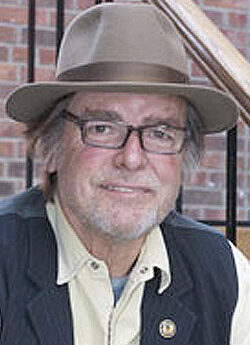 After graduating from the University of North Dakota in 1984, James Botsford began his legal career as the only practicing Indian law attorney in a small legal aid office on an Indian reservation in Nebraska. During the seven years he ran that office, he was admitted to practice in North Dakota, Minnesota, Nebraska (State and Federal) and the two tribal courts in Nebraska: the Winnebago and the Omaha. Also during those years, James served on the Board of Directors of the Nebraska Civil Liberties Union and the Indian Rights Advisory Committee of the ACLU nationally.

In 1991 James accepted the position of Director of the Indian Law Office of Wisconsin Judicare, based in Wausau, serving low-income Native Americans in Indian rights issues statewide. He retired from that position in 2013.

James also serves as an Associate Justice on the Supreme Court of the Winnebago Tribe of Nebraska, a part-time position that is near and dear to his heart.

James is one of the primary authors of the American Indian Religious Freedom Act Amendments of 1994, a federal law that overturned a 1990 U.S. Supreme Court Decision (Oregon v. Smith) that had stripped Native Americans of their First Amendment protections to use peyote in their traditional religious ceremonies. He has been honored and published in recognition of this major Indian rights victory, which restored the legal dignity of 250,000 Native American practitioners of their old religion, including over 1,000 here in Wisconsin.

He was an active member of the coalition that developed the Wisconsin Indian Child Welfare Act which was enacted by the Wisconsin legislature in 2010. This state law has been called the best of its kind in the country, and James is currently working on a documentary film about the creation of this historic law.

James is known throughout Wisconsin’s Indian Country, and even nationally, for his work in “the re-emergence of Indigenous Justice” – also called Peacemaking – which is akin to what we know as mediation. Through his work with the Wisconsin Tribal Judges Association on this initiative, most of the 11 tribal courts in Wisconsin now have some form of Peacemaking as a component of their judicial systems.

As an active participant in the evolution of state and tribal judicial relations in Wisconsin, James deserves some of the credit for Wisconsin being considered a national model of comity and mutual respect between state and tribal courts. He is the author of a 900-page book on the history of the Wisconsin Tribal Judges Association.

James lives on the banks of Big Sandy Creek near Wausau, and his poetry has been rejected by some of the best publishing companies in America.