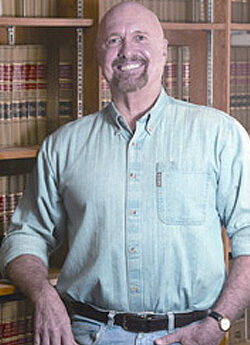 Attorney John Ebbott began his legal education at the New York University Law School, where he worked for Mobilization for Youth, one of the first OEO experimental legal services firms. Upon returning to Wisconsin, he graduated from UW Law School and began work for Freedom Through Equality.

Inspired to continue his service to the poor, John spent the 1970s and 1980s working for organizations like the Southside Office of Milwaukee Legal Services, the Migrant Legal Action Program, and the Public Service Commission of Wisconsin.

In 1990, John became Executive Director of Legal Action of Wisconsin. He has been involved in numerous noteworthy cases, including Joni B. v. State, which obtained the right to a court-appointed attorney for low-income parents in CHIPS (Child In Need of Protective Services) cases.

In addition to his tireless representation of low-income clients, John is a zealous advocate for increased funding for low-income legal services, and played a lead role in the founding of WEJF, Inc.