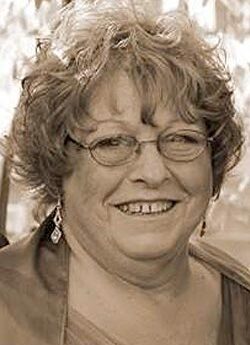 Prior to graduating from the University of Wisconsin Law School in 1982, Judith Stern was a Social Worker for the Kenosha County Department of Social Services, specializing in pre-sentence investigations of delinquent youth for the Juvenile Court. During those years, she also was a founding board member and later chairperson of Women’s Horizons, the domestic violence shelter in Kenosha, Wisconsin. Judith received a recognition award on February 24, 2006, from Women and Children’s Horizons, Inc., of Kenosha in appreciation and recognition of her work in providing victims with shelter and support.

Within a year of graduating from the University of Wisconsin Law School in 1982, Judith Stern was employed as Assistant Family Court Commissioner in Kenosha County and served three years in that capacity. In addition to presiding over hearings for domestic violence injunctions as Assistant Family Court Commissioner, Judith co-led a batterers’ education group on Saturdays in conjunction with local social service agencies.

Judith then spent five years as a managing partner in the private practice firm of Stern, Caviale & Stern, where she practiced family law and general practice in Kenosha, Wisconsin. During those years, she served as a Guardian ad Litem for Kenosha County and as a magistrate for the Department of Social Services Medical Appeals.

In 1991 Judith was hired as Family Court Commissioner for Walworth County, Wisconsin, and served in that capacity for 14 years, until 2005. Judith co-founded the Parenting After Separation program in Walworth County in 1995. The program was designed to aid parents in divorces to address their children’s needs during the process of divorce.

The program was a cooperative effort between the Walworth County Bar Association and the local tech school psychologist, and it remains a program that is functioning today at a high level of success. Judith remained Director of this program until 2005. During her years in Walworth County, Judith also spearheaded the establishment of the Local Assistance to Impaired Lawyers’ Program in conjunction with the State Bar Association. Judith served as secretary, treasurer, and president of the Walworth County Bar Association from 1997 to 1999. Judith also served on the Supreme Court Gender Equity Committee from 1992 to 1995. The primary task of the Gender Equity Committee was to identify policies, practices, and procedures that could be modified to improve gender equality in the agencies that interacted with the Wisconsin Courts.

Both the courts and the litigants are highly satisfied with the service provided by Wisconsin Judicare at these pretrials. Judith also initiated the creation of a Medical-Legal Partnership with Bridge Community Clinic in Wausau, Wisconsin. On alternating Wednesdays, a Judicare volunteer attorney has appointments with Bridge Clinic patients whose legal issues are impairing their health. Judicare staff attorneys then take steps to alleviate the legal problems of Bridge Clinic patients and thereby improve the health outcomes for both the patients and the community. Judith’s family law clients have benefited not only from the depth of her experience of 30 years in family law but also from her unique style and determination to empower clients to the best of their ability.

Judith understands the importance of treating indigent people with dignity and respect in explaining the way the law affects them. She applauds the courage of her clients and, wherever possible, gives them hope that things can improve. Judith’s depth of knowledge about family law and her experience in general legal matters is a resource that Wisconsin Judicare gladly utilizes to mentor younger staff attorneys.