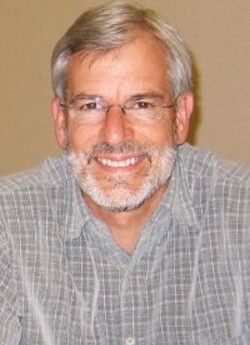 “The consummate executive director and a super advocate,” is how past President of the Disability Rights Wisconsin Board of Directors Gwen Jackson describes Lynn Breedlove.  People who have worked with him, governed with him, strategized with him and even those who stood across the policy divide from him saw in Breedlove someone whose compass point was a firm belief in everyone’s right to self-determination.

Lynn Breedlove began his tenure at the Wisconsin Coalition for Advocacy (WCA), later Disability Rights Wisconsin, in 1980 when it was five people operating out of a small office on a small budget. He brought a quiet tenacity and unmistakable optimism to his role as the leader of an organization formed just three years earlier.

Those qualities remained intact as Disability Rights became an influential voice in the Wisconsin disability movement and nationally. By 2011, Disability Rights had grown to a staff of 64 people working out offices in Madison, Milwaukee and Rice Lake with a $5 million budget.

In the mid-1980s, Breedlove represented what was then WCA as an early member of the Survival Coalition, a cross-disability coalition of more than 40 state and local organizations. He served as co-chair of the Coalition from 1999 until his recent retirement.  During that time, he helped develop the Coalition into a respected participant in policy and budget discussions at the state level.  During Lynn’s tenure, the Survival Coalition advocated for advances in transportation funding, improvements in long term care, and to bring an end to institutionalization.

Nationally, Breedlove represented Wisconsin’s disability rights movement in the halls of Congress often over the years. As the Executive Director of Disability Rights, he also was active in the National Disability Rights Network (NDRN), serving on various committees and as President of the association of protection and advocacy groups from 2005 to 2007.

For more than three decades, Lynn Breedlove guided Disability Rights in its mission to speak up so that many are heard, ensuring persons with disabilities in Wisconsin can exercise their rights and live on their own terms. He led a remarkable organization as it achieved groundbreaking advances in the education rights of children, improved access to community care, forced changes in seclusion/restraint practices in mental health institutions and fought hard for more community-based recovery programs. Breedlove made individual advocacy a signature service of Disability Rights and did his part helping people learn to advocate for themselves.

Photo Credit: Let’s Get to Work