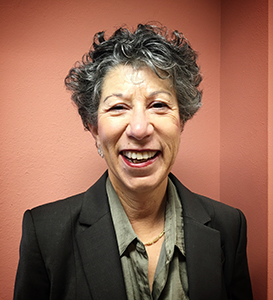 A pillar of Wisconsin’s legal community, Professor Marsha Mansfield has championed equal access to justice in one form or another throughout her career. Marsha began her legal career with Lawton & Cates, S.C., in Madison, focusing on consumer and family law. After practicing with Lawton & Cates for 18 years, she joined the faculty of the UW Law School in 2002 with the goal of using her skills to expand representation of the underserved while instilling in law students the same desire to provide legal representation to all regardless of financial means.

Early in her tenure at the UW Law School, Marsha was asked to address one of the most pressing needs to our court system, unrepresented family law litigants. Marsha developed the Family Court Clinic where law students assist low-income individuals needing help with paternity, restraining orders, divorce and post divorce matters. Not only do these students assist individuals to understand the various forms and court procedures but they also represent clients in situations beyond the individuals’ capacity to represent themselves. In 2007, Marsha became director of the Law School’s Economic Justice Institute (EJI) in addition to her clinical teaching responsibilities. As director of EJI, Marsha oversees four legal clinics dedicated to providing representation to low-income and unrepresented individuals in housing, employment, immigration family and consumer law. Recently, she partnered with several Dane County agencies to secure a $100,000 grant from the Vera Institute to increase pro bono services to detained immigrants. These funds allowed a local pro bono Community Immigrant Justice Center (which she helped to develop) and the UW Law School’s Immigrant Justice Clinic to expand their services at a time of tremendous need. Most recently, Marsha spearheaded the development of the Law School’s VOCA (Victims of Crime Act) Restraining Order Clinic, which will begin in January.

Marsha led efforts to create a pro bono program at the UW Law School that promotes a public service ethic for all UW Law students. Begun in 2011, the UW Law School’s Pro Bono Program provides opportunities for students to work with local attorneys to deliver legal services to those community members otherwise unable to obtain them. The program has grown to serve 1,702 clients with nearly 2,800 hours of pro bono legal services.

In addition to her efforts to provide assistance to the underrepresented through the Law School, Marsha has promoted access to justice throughout Wisconsin. She was part of a group dedicated to establishing Wisconsin’s Access to Justice Commission, serving on its Executive Committee for two terms, as well as chairing the Commission’s Resource Development Committee. She served as a member of the State Bar’s Legal Assistance Committee for six years, four of them as Committee co-chair with Attorney Mike Gonring. Marsha and Mike helped launch Wisconsin’s first Equal Justice Conference in 2007. She was elected to two terms on the State Bar’s Board of Governors, including serving on its Executive Committee. She has been a long-time member of the Dane County Bar’s Delivery of Legal Services Committee and served as President of the Dane County Bar (DCBA) from 2005-2006. As President of the DCBA, she oversaw the creation of an all-volunteer Small Claims Clinic that operates at the Dane County Courthouse. She regularly provides training for attorneys who volunteer at the DCBA’s weekly Family Law Assistance Center.

The Wisconsin Law Journal honored Marsha with a Leader in the Law award in 2017. She has also received the Legal Association of Women’s Margo Melli Award, the State Bar’s Gordon Sinykin Award of Excellence, and was named by Madison Magazine as one of Madison’s Best Lawyers. As a Clinical Professor at the University of Wisconsin Law School she has earned the respect of her students, receiving the Clinical Teacher of the Year Award in 2009.