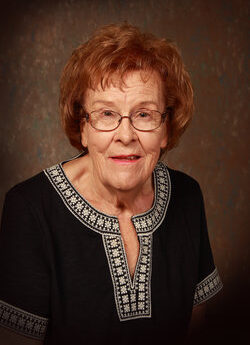 Rosemary Elbert is a pioneering woman who has opened the door for her fellow women in the legal profession by her example. Rosemary graduated from Marquette University Law School in 1961 with only two other women classmates in a predominately male field. For over 40 years, she actively practiced law as a government lawyer, a private practitioner, and since 1998, as a legal services attorney and administrator.

Rosemary’s legal experience began with private law practice in the Milwaukee area at the law firm of Laikin, Switlik & Laikin. She was the first female attorney in the Milwaukee County Corporation Counsel’s Office. She later moved north with her family to Wausau and entered private practice, working primarily in family law, criminal defense, real estate, and general practice areas of law. During her years of private practice, Rosemary represented hundreds of abused women in divorce cases through the Wisconsin Judicare program.

Rosemary joined Judicare as a Staff Attorney in 1998, later becoming Deputy Director and finally Executive Director. Keenly aware of the difficulties of providing legal services to rural resident, she encouraged the Judicare staff to use technology to reach low-income clients where they live. Thanks to Rosemary’s vision, Judicare now has a redesigned website, an online application for services, and the ability to provide legal advice online.

Throughout her tenure at Wisconsin Judicare, Rosemary repeatedly reached out to community partners, judges, legal community, social services, and client populations to make sure that Judicare services aligned with the legal needs of underserved populations and to improve the delivery of legal services.

Rosemary was also a longtime member of the Pro Se Committee in the 10th Judicial District, which focuses on improving the justice system for pro se litigants. She was recognized by the Judicare Board of Directors in 1992 and again in 2002 with the Outstanding Achievement Award. In 2009, she was recognized as the Wisconsin Law Journal’s Women in Law Woman of the Year. In 2015, Legal Aid Society of Milwaukee awarded her a Thomas G. Cannon Equal Justice Medal.