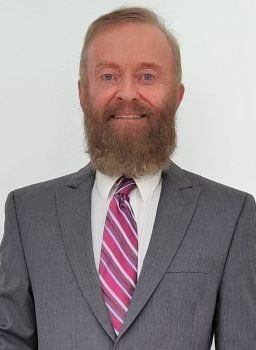 Dr. Thomas K. Zander’s 45-year career has displayed an extensive and consistent devotion to equal justice under the law: as a trial and appellate lawyer, as a class action litigator, as the 13-year executive director of the Legal Aid Society of Milwaukee, as a law professor at Marquette, and as a forensic psychologist providing pro bono evaluations when retained by lawyers for low-income litigants.

Tom graduated cum laude from the University of Wisconsin Law School in 1977 and was admitted to the practice of law in Wisconsin that year. He began his legal career with the State Public Defender’s Office, having been hired by this award’s namesake, Howard B. Eisenberg, to provide appellate and other post-conviction representation. He went on to head the state’s first specialized unit for providing defense representation to persons facing civil commitment based on allegations of mental illness. Tom’s commitment to equal justice under the law and leadership abilities led the board of directors of the Legal Aid Society of Milwaukee to select him to succeed Tom Cannon as executive director of the firm in 1981. Under his thirteen years of leadership, the public interest law firm grew from a staff of six lawyers to 24 – allowing greater legal advocacy for abused and neglected children, and for adults with legal problems related to mental disability, homelessness, and HIV disease. During his career as a public interest lawyer, he represented thousands of low-income Milwaukeeans in trials, appeals, and major litigation. While representing a full caseload of low-income Milwaukeeans in trial cases, Tom successfully litigated two major class action lawsuits that resulted in landmark law reform: State ex rel. Watts v. CCSB, 122 Wis.2d 65, 362 N.W.2d 104 (1985), in which the Wisconsin Supreme Court accepted his argument that persons placed by courts in nursing homes are constitutionally entitled to an annual court review of their need for continued placement; and State ex rel. Jones v. Gerhardstein, 141 Wis.2d 710, 416 N.W.2d 883 (1987), in which the Wisconsin Supreme Court accepted his argument that involuntarily committed individuals are constitutionally entitled to exercise informed consent before being administered psychotropic drugs. Tom retired from the Legal Aid Society of Milwaukee in 1994 and was again hired by Howard Eisenberg – then Dean of Marquette University Law School – to teach Mental Health Law, which he continues to do every other fall semester.