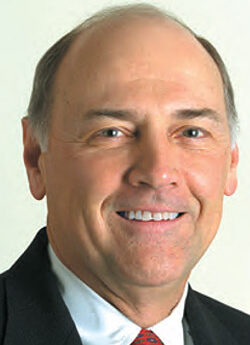 W. David Romoser not only enjoys a successful and distinguished career as an attorney, but also devotes a tremendous amount of time and energy giving back through community service.

A graduate of the University of Illinois and the Illinois Institute of Technology’s Chicago-Kent College of Law, Dave’s experience includes private practice and corporate law. Upon graduation from Chicago-Kent in 1970, Dave joined the law firm of Witwer, Moran, Burlage & Atkinson in Chicago. From there, he moved to Amsted Industries Incorporated, eventually becoming Vice President, General Counsel, and Secretary.

Dave joined A. O. Smith Corporation in 1992 as Senior Vice President, General Counsel, and Secretary of the Milwaukee-based manufacturer, a position he held until his retirement in 2007.

Dave’s initial exposure to community service was during his time at Chicago-Kent, when he volunteered as an intake clerk for the poverty law center at the Woodlawn Organization on the south side of Chicago. He continued to volunteer after graduation, serving as a parole office and as a member of the Chicago Crime Commission Courts Committee.

In 1973, Dave began working as Legal Action’s legislative advocate. Dave has made immeasurable and myriad improvements in the areas of law that are most important to improving the lives of our clients. A few of the numerous laws that Dave created during his tenure include:

For this reason, legislators and others often turn to Dave to when drafting laws to address the needs of the poor. His depth of knowledge about the development of poverty law is simply unprecedented.

During his time at A. O. Smith, Dave joined the Board of Directors for the Wisconsin Equal Justice Fund. He worked tirelessly to raise awareness in Wisconsin’s corporate community of the need for funding of pro bono legal services. During his tenor, WEJF welcomed several new corporate donors, including Snap-On Tools, Oshkosh Truck, Rockwell Automation, Briggs & Stratton, M&I (now BMO Harris) Bank and, of course, A. O. Smith.

Upon his retirement from A.O. Smith in 2007, Dave assumed the position of President of the WEJF Board of Directors. In that role, he spent the first summer of his retirement traveling the state to visit the offices of WEJF’s member legal services providers. He spoke with attorneys and staff to learn more about their clients and the types of services they needed. Dave used the information gleaned on those visits to more effectively communicate the vast need for funding to potential donors. Under Dave’s leadership, WEJF raised $303,000 in 2007, making it one of our most successful campaigns to date.

In addition to his invaluable service to WEJF, Dave has served on numerous boards including the Lutheran Social Services Foundation of Wisconsin and Upper Michigan; American Players Theatre; the Rite Hite YMCA; the YMCA of Metropolitan Milwaukee; Next Door Foundation; Carthage College, Fox Point Lutheran Church; Outreach for Hope, and the City of Mequon Planning Commission. He served as a Division Campaign Chair of the United Way of Greater Milwaukee and the Milwaukee Rescue Mission’s Who Cares Campaign Advisory Council.

Dave also created the Wisconsin General Counsels Forum, an informal group of corporate counsels from across the state. The group has grown to over 60 members, all of whom are aware of Dave’s unwritten membership requirement: to never lose sight of their commitment as attorneys to provide equal justice for all and, as part of this commitment, to be open to the needs of WEJF. Dave’s efforts have proven invaluable to educate the corporate legal community on the mission of WEJF and to reinforce the commitment to equal justice in a corporate setting.

He currently serves on committees at the Next Door Foundation and as advisor to the board of Serenity Inns, and on the boards of the Siebert Lutheran Foundation and the Association of Marriage and Family Ministries.

He is the owner of W. David Romoser LLC, which provides legal consulting services to law firms and corporations.